Winner! And Vote! And Stuff! 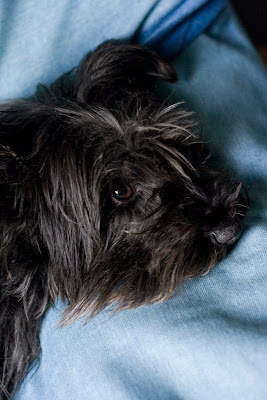 I love you all. Really, I do. And I wish I could give you ALL fabric, but I am poor and so I had to use the randomometer to pick one of you... 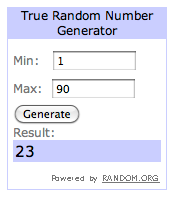 So congratulations, Elle, of Elle in da coop! You will get a FQ of the seafoam green boats!
I actually ended up entering the black and white version of the boats, despite the fact that the majority of you said blue. The B+W was a close second, and since the repeat is fairly small, I wanted something that would be very readable in the small preview that is given. So, if you would like, friendsies, please go and VOTE for me! There is a lot of really good stuff in the running, and you should vote for that stuff too, but when you vote for me, you should MEAN it more. Have I mentioned you should vote? Vote here? Is this pathetic? Yes. Am I ashamed? Just a little. Will that stop me? Does it ever? (No. Ask my husband.)
In other. non-ego-driven news, I am participating in a craft fair this weekend, the Honeypot Shop, put on by the Wedding Hive. If you're KC folk, you should come down and check it out, because otherwise I will be lonely, and also, there are going to be a LOT of really cool stuff there. I have been drooling over some of the vendors work online, and am hoping I can control myself and not spend all my change money on goodies for me. It's my first outdoor show, so I invested in one of those canopy things, and tonight I practiced putting it up and taking it down all bys myselfs. It was a roaring success (Up in 15 min, down in 5,) which is a huge relief.
I am elsewheres on the interweb, in little bits and pieces; Jeanee of Dirty Laundry interviewed me for her series "THE WASH, crafty chicks come clean", which will be up next Sunday, but she did a little teaser... and a photo of mine was used in this article by Dotty Logic (who's stuff I ABSOLUTELY ADORE!) about digital fabric printing.
I promise that soonish I will be back with posts that are ever-so-slightly less self centered, and more crafty. I have been sewing like a madperson for all the shows I have lined up (three in a six week period, I am a moron, no?) so casual photographing and musing have been lower on the priority list. Also, have I mentioned that my house is still not unpacked? Yeah, there's that, too. I will be sane again one day, I promise.
Posted by Auntjune at 7:07 PM

I voted - for you alone! Really, there was litle competition in my opinion. Good luck with this and with the craft shows!

I'm pinching myself, Lauren! Thanks SO much. It boggles my mind how you'd do this. But I luv it. Good luck on the contests and sale.

Of course I voted - your fabric is gorgeous - I hope you win!

I think that was the right choice to enter! GO AUNTJUNE

Congratulations to Elle !
Of course I voted for you , your fabric was by far the prettiest and you MUST win !!
Good luck with the contest , all the craft fairs and the unpacking . Enjoy it all !