I finally ordered a case for my iPhone, after having a nightmare in which I dropped it and everyone gave me the "you-are-unbelievably-stupid" look and I WOKE UP TERRIFIED. Mostly of getting that look, and knowing it was 1000% justified. Thanks, dream friends. Anyway, I ordered my case from www.getuncommon.com, and it is beautiful. You will spend exactly what you would spend on an ugly case at Target, but instead you will get a Thing Of Beauty! 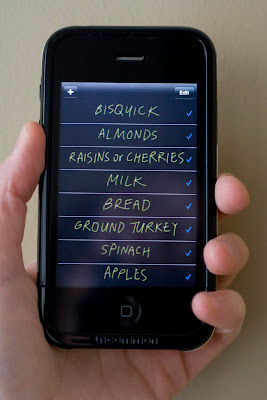 You can also design your own, using the art available on the site or YOUR OWN PHOTOS, which I would have done, except I am lazy and indecisive. But I love the one I ended up getting, and the shipping was super-fast and if you google getuncommon coupon, you will find a code for 20% off, but I forgot it. Happy happy materialism. Note that I'm sporting my current favorite app, UYH, where you write lists using your own finger-handwriting. I love lists and am a handwriting narcissist, so it is IDEAL. Ok, enough iPhone talk, I am disgusting even myself. 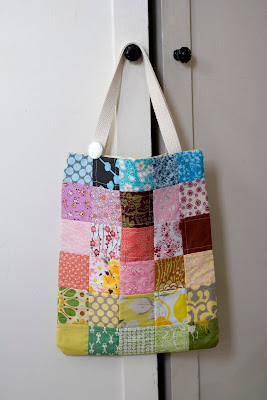 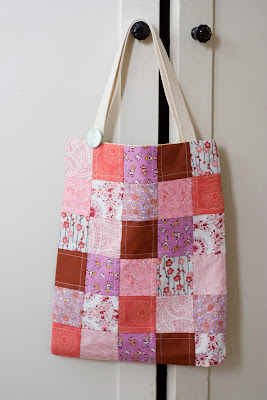 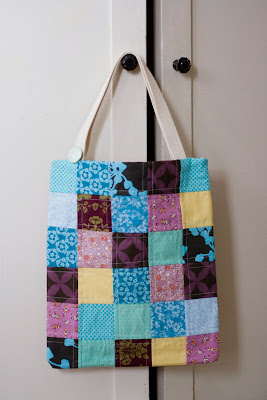 I have finally listed a bunch of the tote bags I made for craft shows, so, uhm, there they are. Marketing marketing marketing? I stink at this. Anyways, you need a tote bag? You knows where to find me. 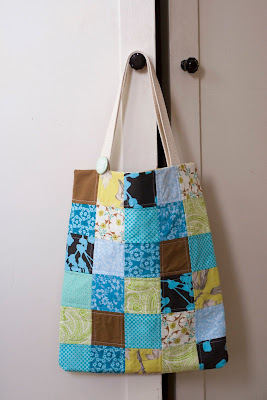 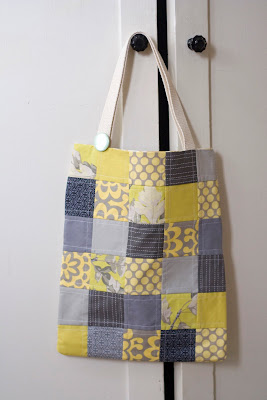 I really need to clean. Like, I am not even worried about sweeping and scrubbing, I just need to do something about the PILES. I was thinking yesterday about how I dream of lovely interiors, but I always imagine that I cannot create them where we live now. Which, is just not true. We are lucky to have a pretty awesome apartment in a pretty awesome house, and the only thing holding me back from interior bliss is the fact that I am a crappy housekeeper. 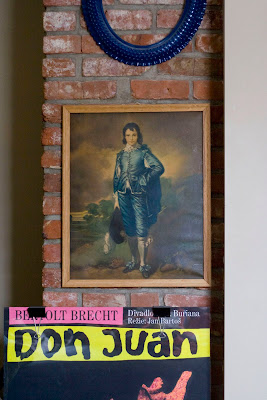 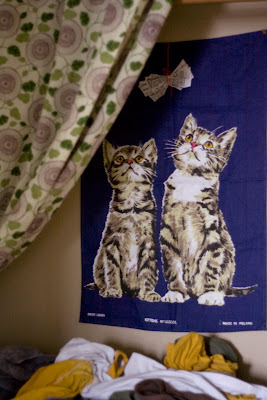 So, I am RESOLVING, to finally take the six bags of Goodwill stuff to Goodwill! To finish shredding the giant bag of to-be-shreddeds! To create a working mail system! To remember to take out the recycling so we no loger have four bags of it in the office! To maybe, even, throw some stuff away? You are my witnesses, so WITNESS! And, the kitties were meant to serve as a friendly reminder- do the laundry before the kitties drown in it. It's a good thing cats have multiple lives, friends.
Posted by Auntjune at 3:48 PM 2 comments:

Cats and Fails and Dirty Floors. 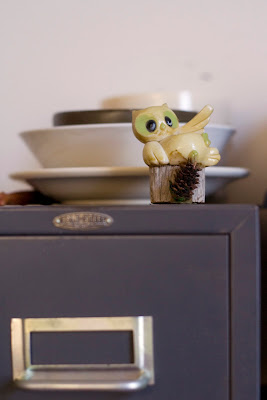 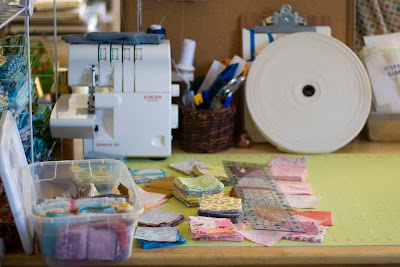 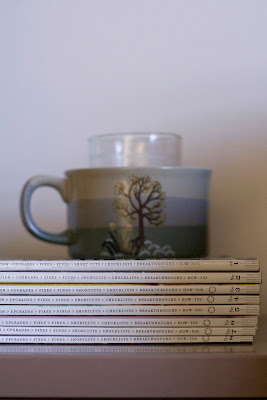 Dear Rachel, the fact that you think my floors are clean made me LAUGH OUT LOUD. So hard. I have the dirtiest floors of anyone I know, and if they look clean, it is a testament to the power of shallow depth of field. Maybe you were joking? Seriously, my path is constantly crossed by meandering tumbleweeds of animal hair. All doors hide secret stashes of dust. Is everyone appropriately disgusted? Great, someone come over and sweep my house, I will pay you in fabric. 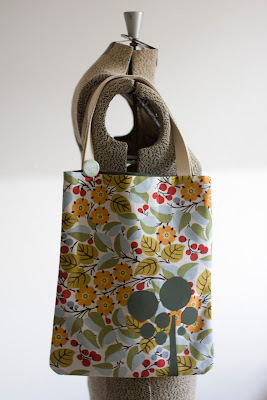 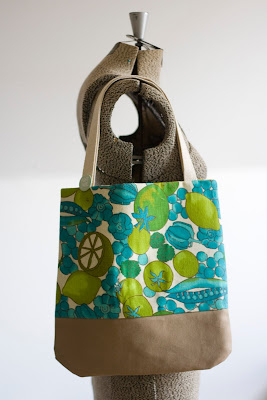 Moving on. There has been much sewing in anticipation of craft shows, and much craft show failing. This is, I suppose, to be expected. It is not the best time of year for craft-showin', and the ones I have been in recently have been rather small. The plus side of this is that I now have a TON of stuff, if I ever get my backend around to photographing it.
Speaking of taking photos, Baxter and I have been working on his headshots. He has decided to get into the acting business. I will spare you from explaining all the subtle emotions he is trying to portray, and let you guess. 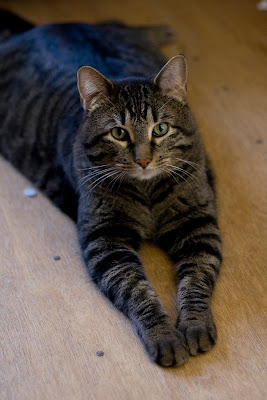 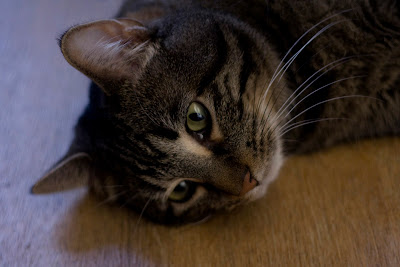 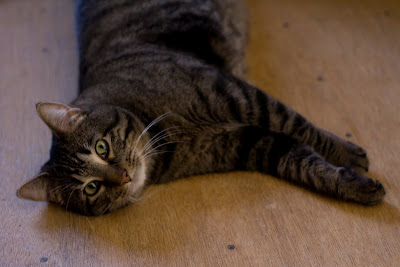 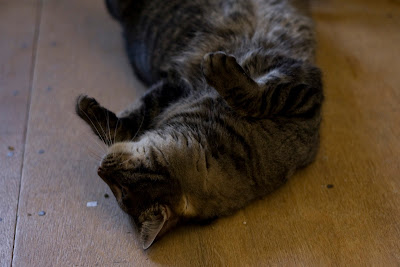 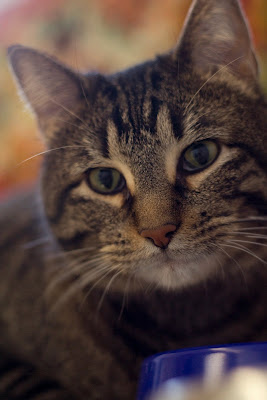 I am absolutely sure that there was something else that I really wanted to say, but I have forgotten it. You have ow had the exact experience of having a conversation with me in real time. Sense-making? Bah.
Posted by Auntjune at 6:40 PM 7 comments:

The Spewing of Much Information! 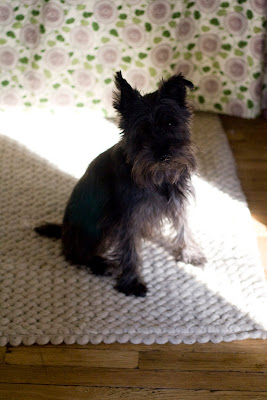 The amount of awesome stuff I have to blog about is inversely proportional to the ease with which I blog. Got it? That is my excuse for not being here more often, and I am sticking to it. Kansas City Modern Quilt Guild! Amayyyyyyy-zink. Seriously, I have to do bullet points, or I will never remember all the stuff I want to say.

-KC Modern Quilt Guild had its organizational meeting three-ish weeks ago? And it was awesome. Not only are the people organizing it really great, but a million people showed up. Or, you know like 35. But EVEN MORE have joined the ning group, and so maybe more will be at the next meeting? Which is fabulous, and also overwhelming, because, where will everybody sit?

-One of the folks organizing the whole shebang is Jen, aka, Tula Pink. You know. LIKE THE FABRIC DESIGNER?!? And she said she liked my fabrics, and I swooned into her arms (or, well, not that,) but long story short, I HAVE MADE HER BE MY FRIEND. And it is awesome. I could go on and on about this, but I don't want her to think I am a huge dork if she reads this. Well, she knows I am a huge dork, but I am going to try and retain some dignity.

-Google Chrome is kicking Safari's lame butt all over town. And, Firefox, I would have stuck with you, if you hadn't decided to SHUT DOWN every five minutes. Thank you, google, for being the one thing in the world I can always count on. (Well, not the only thing. But top three, most defs.)

-We got iPhones. The rest of the world does not feel the earth-shaking impact of this on our lives, and we are confused. iPhones are straight crack. For real. iPhone flickr is so much more dangerous than regular flickr. HOURS. HOOOOOOOUURS. (I love drawing out words that lose all phonetic sense when the letters are doubled. Ha.) 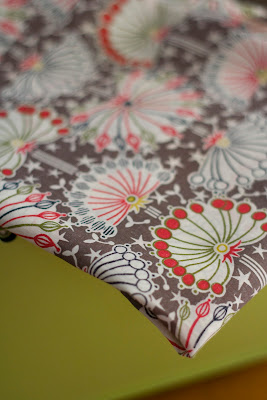 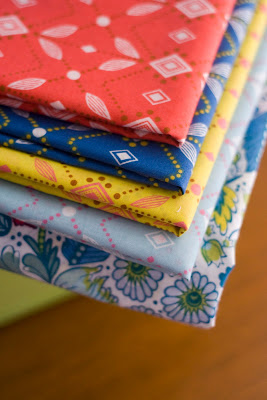 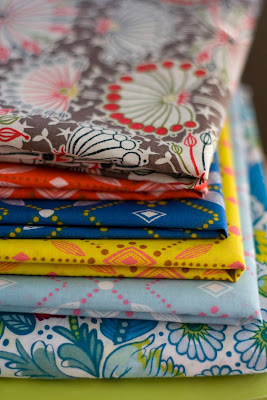 -I bought some fabric. THE BEST fabric. New Anna Maria Horner voile, and LIBERTY fabric. A YARD. Of LIBERTY. And 20% off. What will I do with it? Rub my face up against it for the next 60 years until it eventually turns to dust. Good plan? I got it at Bon Bon Atelier, if you are in the KCMO. Check it out.

-I am doing another show THIS WEEKEND, so if you are in KC, come down to the Westport Flea Market on Saturday. I will be there, hopefully not looking at flickr on my phone. But no promises. Other people that I know and are cool will be there, too, so it is worth the trip.

-I have been stalking houses on the internet, and it has put my decorating hormones into overdrive. I cannot look at a room now without spending five minutes thinking about the color I would paint it. Usually it is dark gray, light gray, white, or green. I am creature of habit. Oh! Or maybe dark blue.

-APPARENTLY, not only do you have to make your designs public and for sale on Spoonflower, but you have to make your profile public, as well? This, to me, makes no sense, and I am still irked by it. I didna mean to put a useless link up, my friends! 'Tis nonsense! If you still want lovebirdie fabric, if you ever did, go HERE. For real, this time.

-I made shrinky dinks of some of the birdies, and it was super fun. I love shrinky dinks. ALSO, discovered that not everyone knows what shrinky dinks are, so if you do not, LOOK IT UP! It is the most fun you will have... all day? 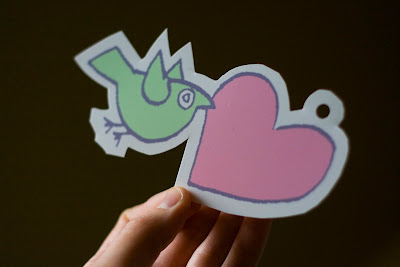 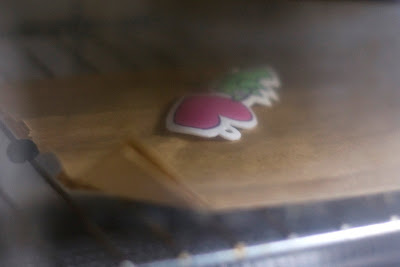 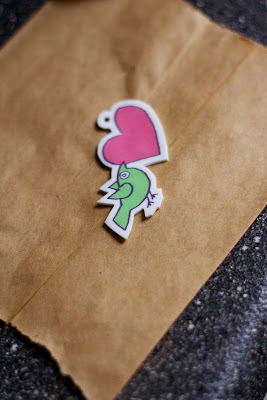 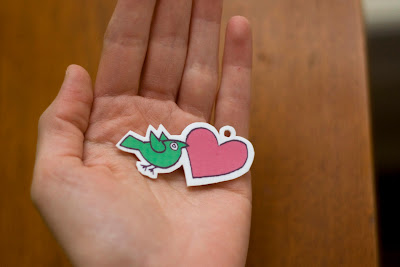