Stuff I've Been Meaning to Show You FOREVER.

About a million years ago...
I got this map from my wonderful husband for President's Day. 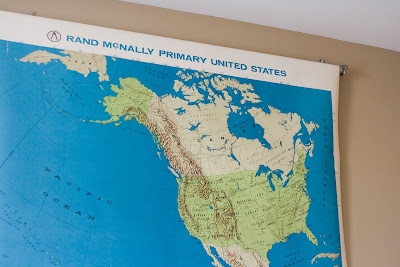 I made a kindle cover for the kindle he got for Christmas. 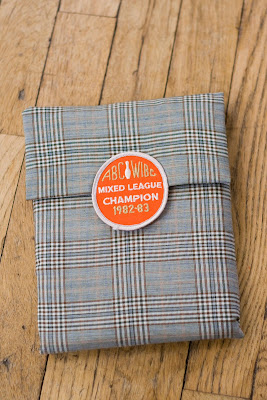 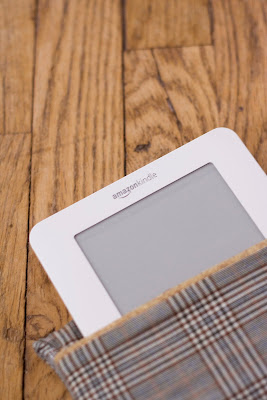 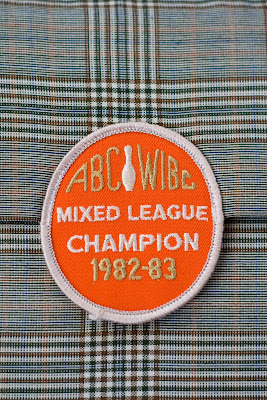 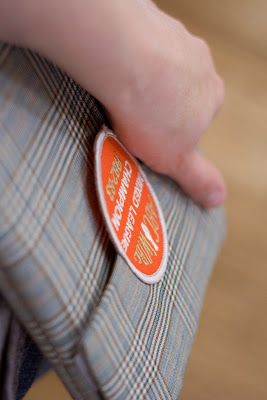 I designed a logo for the KC Modern Quilt Guild Site.

I bought a Liberty pillow! (Ok, so this one is fairly recent.) 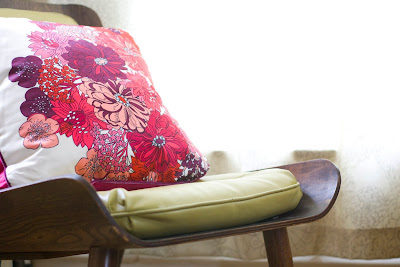 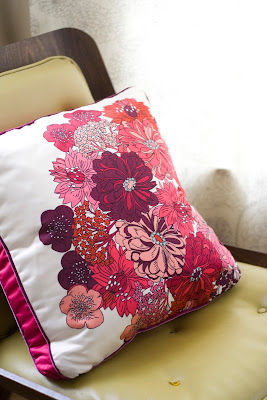 The animals were adorable. (This one happens every day.) 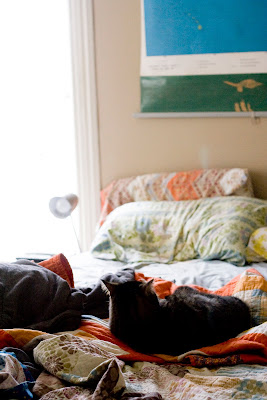 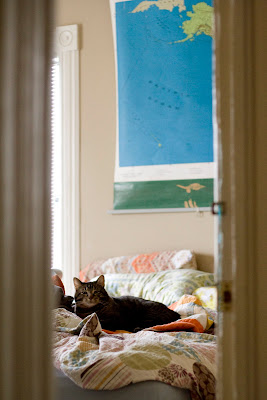 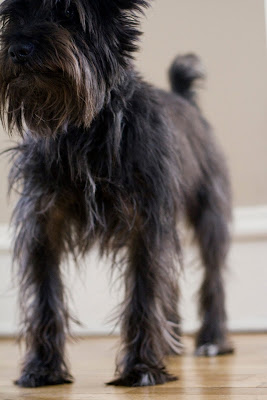 FINALLY Spring has happened in KC, and I am feeling really excited and productive for the first time in months! Thank you all so much for your house hunting tips and reassurances. I am trying to remember every day that if it happens, it happens, and there really is no rush. (Well, other than that $8000 ticking clock...)
Posted by Auntjune at 2:07 PM 4 comments:

Where the Month Has Gone. 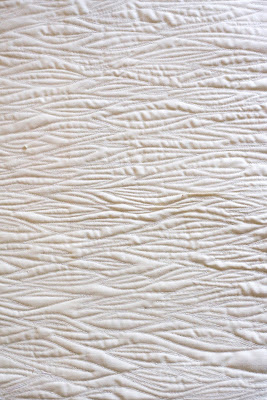 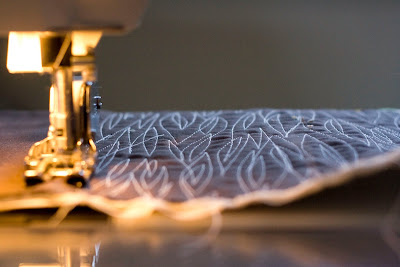 The sewing machine has not gone unused during this time, but the camera used to document sewn-items has. The weather here has been a mix of really miserable and stunningly beautiful. Today was the latter, and Brian came home early, so we dog-parked it up, and now I am listening to Jeopardy from the next room. Folks, Jeopardy should be ashamed of itself. A category called "drinking games"? Whatever, but it doesn't even make SENSE, and it's really EASY, and Jeopardy is just not what it used to be. Thats my old lady PSA of the day. Tomorrow, I will do how no one writes letters anymore. (Not really. But they don't!)

I was a giant dork and went to Target on 8 am the day that the Liberty line came out, only to find that the two stores I went to hardly had anything put up yet, but several others in the area had put theirs out on SATURDAY! I had to really hold myself back, but I ended up getting a tray, one of the pillows, a notebook set, and then today I went back for a dress. I wasn't crazy about the women's dresses, but I read online that the girls' clothes were better made and that the XL sizes were decently sized- it's so true! I got a really lovely cotton dress for less than $17! Triumph!

I have always had this really romantic idea of what house hunting would be like, created by HGTV and looking at houses on the internet. Fun! I thought. Exciting! I exclaimed. Guess what? It is soul-killing. And EVERYONE I have talked to says the same! It turns out, everything you love online has a bad roof, or a crumbling foundation, or a wet basement, or windows that need replacing, or a rotted deck, or a neighbor with a crumbling house and a mean dog. Or, you see a really fabulous house, and then, wait a minute.... it is $10,000 more than you wanted to pay. Fab. Great. Delightful. SO, I am BURSTING with ideas about how I am going to decorate our fictional future home, but no idea if we will ever find it. Is there a house fairy? What do I need to put under my pillow? Come on, people, tell me the secrets.
Posted by Auntjune at 2:33 PM 21 comments:

Things Tied Up in Twine! 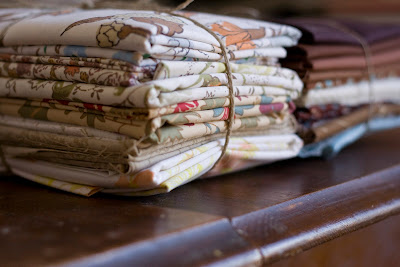 You know what goes further than anything to restore my faith in humanity? Other than the Winter-Olympics-Visa-Commercials? Getting gifts from people in the mail. I might be kidding about this, but I also might not. I have not decided. A while ago Sarah contacted me because she had made some (awesome) pillow shams for her bed using my quilting method (If it could be called a method, which I am fairly sure it can't,) and offered me some vintage pillowcases from her apparently large collection. I was like, ok, cool, I will send you some scraps-and-stuff, and she is all, don't worry about it, and I am all, well, I forget, but I said something. 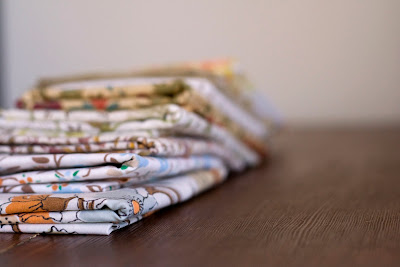 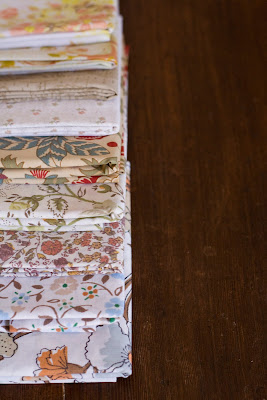 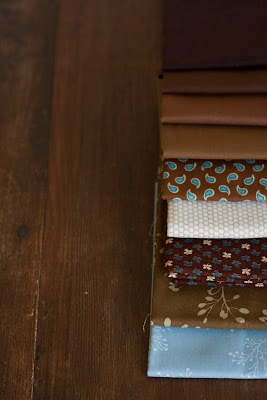 And so there are a few months where I forget to give her my address and Christmas etc, happens, and then SUDDENLY, last Friday, I have a package on my doorstep. A LARGE package. With an apology for being late, as I pull at my imaginary necktie and gulp because I am not yet done PACKING her package. Not only did Sarah send me a heaping pile of awesome stuff, she LABELED every fabric, with the color (for the Kona) and the manufacturer and designer for the prints! And the pillowcases! They are glorious and all really, really soft, and I am just overwhelmed with how awesome people are, and how lame I am for never getting packages out on time. Thanks, Sarah, you are officially the bomb-diggity. 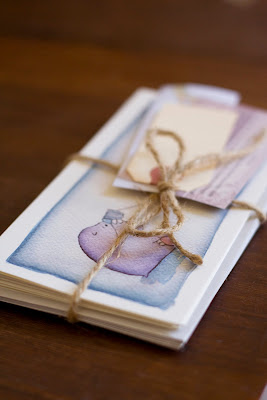 And not only did I receive that wonderfulness, but last week I got a package from the wonderful land of Canada. Have you heard of it? They drink milk from bags, and also have giant beavers with "Made in Canada" stamped in red on their backsides just floating around, apparently. And it is from Raych, my love, who if you have not followed my many links and started reading her hilarious blog, then I pity you, you are missing out onsome of life's most treasured moments. 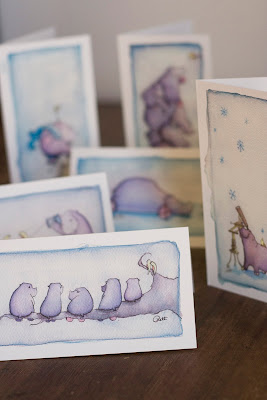 Raych's sister is a fabulous illustrator, and so I got some of her Cavorting Hippo cards and also her mom sent me some fabric I had been oogling from the cancer-pity quilt that she made Raych. 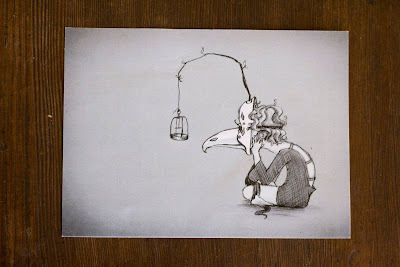 So pretty much, Raych and her big Canadian (well, American too) family are awesome. I have much love for humanity right now, I want to give a speech, but I will end up talking about the sad Olympics commercials, and crying like I do EVERY TIME I SEE THEM. Just so you know, Raych's Christmas gift? Which I promised to send months ago? Still unpacked and scattered in various parts of my apartment. I am the opposite of the people who make me feel good about the world. (Also, how cool is Rebekah's business card? So cool.) 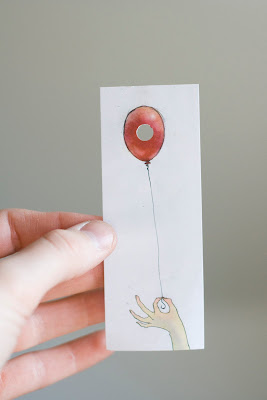 Moving on, remember my little resolution? Well, this weekend I actually DID some stuff. Not a lot, but enough that I feel really good about it. I cleaned off the desktop, which is nice, since it is something I stare at for at least a few hours every day. I also organized my closet, which had pretty much been a human height pile of clothes all winter. We hung something on a wall (more later on that). I made and packaged four meals of faux-Chipotle-burrito-bowls, and made a giant pot of vegetable soup that should last us a couple weeks in leftovers. I made salsa! And guacamole!
And the result of all this is that, even though there is a TON of stuff that is left to be done, I feel really CALM right now. I hadn't realized how not-calm the state of things usually makes me. I think that up until this point, I had been thinking I was calm, but was actually just sleepy; it is an easy mistake to make.
And, I also wanted to mention something that I plan on posting more about, but the KC Modern Quilt Guild is really picking up steam relatively quickly. In January we had an organizational meeting with about 35 people, and our meeting last week brought in 69 quilters! Which is CRRRRRRAZY. And out ning site currently has 161 members, which is especially crazy, because I have officially been made the "Web Tech Officer" or some such thing. Which is kindof hilarious, because my knowledge of the internet extends to uploading pictures and embedding html links, but fortunately ning makes it pretty easy. (Nothing will compare in ridiculousness to the time I was an assistant cross country coach, having never before run more than a mile in my life, and only having run that mile because I was forced to.) I am currently working on prettying up the site, which should happen, in my usual fashion, "soonish". I like to say that, because soonish means nothing. So, if you are in the KC area, join us! We have free snacks!
Posted by Auntjune at 1:28 PM 3 comments: