So, in addition to the Sign Language Alphabet posters I told you about yesterday, I'm also going to be selling some custom ASL goodness, in the form of prints and monogram notecards. Different colors! Different letters! Like a party! And when I start doing any custom-thingies, I always make some samples to show what they looksa like. Usually I just pick one of my friends' kids' names, and they get another random Thing I Made. So this time I thought, well, duh, Internet People are my friends, too! (Unless that weirds you out, and then I guess we aren't. Your choice, dude.) I've already made one sample for the lovely Ingrid, daughter of the also-lovely Ara Jane, and I think I'm going to do three more 8" x 10" custom name prints... For YOU! Well, for three of you, anyway. So! How to enter? Hrmmm. I never think of these things in advance, and I am weirdly uncomfortable with incorporating the social-media-soup into giveaway-things, but I guess it's what people do? So.
I think we'll play it thusly...

You can enter multiple times, in these ways:

-Say something about the giveaway on twitter? You can say anything about it, but link to this post and include the hashtag #iwantafreething so's I can find it. Theoretically, this is not really the best way to enter, though, because if other people see it and enter, you are statistically less likely to win. I am a social media CURMUDGEON, am I not?

Mkay. We'll shut it down Friday, midnight? Triumphant victors will be announced Monday-ish? I'm not good with timelines, folks. Oh, and! Prints and notecards are already available in the etsy! Boom! More Sign Language and Alphabets and the Postal Service's Sense of Humor. So, I was kinda bummed when I realized I had to stop printing the ASL fabric. Honestly, the drawings took a while, and I just love all the happy little hands. But I had always planned to use them for more than just the fabric, and last week I finally had a chance to get it done! I promise I'll stop bombarding you with alphabet posters (eventually), but I am really enjoying doing them right now, and I plan on utilizing my kindergarten education to it's full extent. Kinda fun, right? I wanted to do something really simple and graphic; that would be educational but not so institutional that it wasn't good for juss bein' purdy. Biased though I am, I think it came out pretty nicely. Now, friends, let's chat about me. A-duh, it's a blog, it's what I do. One of my many character flaws is my overdeveloped sense of "fairness". This sense of being the Ultimate Authority on Justice just happens to only pertain to following rules that I want to follow, and that, when not followed by others, tend to inconvenience me. They're all deeply first-world issues, the epicenter and victim of all these various injustices always happens to be, uhhhhhhm... Me?

One major trigger is proper driving practices, which would require a WHOLE other post to adequately cover. I have the most self-righteous road rage you have ever experienced. My blood pressure goes up a bit just thinking about all the different driving-stupidities I encounter regularly-- I CAN RANT FOR HOURS. Again, though, whole other post.

One of my other big issue is with lines. Or queues, for people from fancy-pants countries. I would like there to be a nationally instituted set of rules for standing in lines, which would be posted prominently in all public places where lines might occur. Like, ok, in a line at the bank, I HATE it when people don't fill out deposit slips beforehand. Especially when I am filling out my slip when they get in line, and then end up behind them as they do it when standing in front of the teller. Once I actually asked a man if he could move over so that I could make my already prepared, ahem, deposit. He did, and despite the bank employees thinking I was kinda insane, I felt triumphant for the rest of the day. Same thing with customs forms at the post office, same thing with people at the front of a long line who ask long series of questions when the answers to them are stated clearly on POSTERS on the WALL, with BIG LETTERS. These people are LITERATE. Grr.

But, ok, I have gotten off track. Set up for the story: I am a big fan of trivial rules.

I send a lot of letters and packages via the USPS, and I have a system, so pretty much everything I send, I have sent hundreds of times before in the same way. And if I have any concerns about shipping something, I make sure that it is OK'ed by the nice folks at the post office. So, a few weeks ago I was surprised and a bit peeved to get a package returned to me, addressed identically to MANY before it. I was so irked by the injustice of it, that it took me a few minutes to realize that the USPS had told me a HILARIOUS joke. (note: names and addresses were not blurred out in real life.)

You see, some rule-lovin' postal worker had decided that the return address on my letter was in the wrong place. Because of this, they decided that the envelope could not be processed. And since it could not be processed, they would have to send it back to the UN-PROCESSABLE return address. Never mind the fact that a return address is not even a legal requirement to mail a letter, it's actually entirely optional, and the fact that I had mailed the package in-person at the post office, so it had been accepted and stamped by a human postal worker who saw no problem with it. This fine inspector had decided that I should be informed that my cutesy stickers were NOT appreciated, ahthankyouverymuch, and that I really need to get my act together with my return-address-protocol.

Seriously? It's hilarious. Maybe even worth the money I had to pay to re-send it. The women at my PO thought so too, and you KNOW they deserve a laugh at the system's expense. Have I learned my lesson? Probably not, but I did get to complain about something on the interwebs, so.
Posted by Auntjune at 2:03 PM 2 comments:

Alphabetized and Organized and Spectrally Ordinated. You guys are nice. Thank you so much for all of your comments and encouragement and support, because, really? I wouldn't have the opportunity to do this if it wasn't for you. It's cheesy and sappy to say, but this ACTUALLY would not be possible without you, and some of you very directly. So, mwah! Mwah! (That's air kisses.) You're the best-- so thank you for enduring my rants and ridiculousness and thousands of cat photos. AAAAAnyway, I am working on So. Much. Stuff. right now, and I'm really happy to finally be able to share some of my labor-fruit. I mentioned that the etsy shop is going to be shifting gears since I'll no longer be selling fabric yardage, and this stuff is the beginning of that... Introducing "The Happy Alphabet"! So, the alphabet. It's handy, no? And rainbows, I love them dearly. And a sprinkling of teeny-tiny patterns, well, all the better as far as I'm concerned. Right now I have all of these prints listed in 8 x 10, but I will be selling them in 11 x 17 and 13 x 19 as well. I think they'd be LOVELY in a nursery or kids' room, but I think they would fit in a lot of different places, ya know? There are both "Rainbow Bright" and "Rainbow Light" versions of the first print; so you can ingest only the amount of color-calories you'd like. The second variation has more of a nautical flavor, for all of you scalawags, sea-farers and even you beach-loving landlubbers. The "Wave Rainbow" print will soon have a lighter equivalent as well, and probably some more monochromatic versions... I'm thinking an aqua, coral, and gray, but what do you kids think? Oh, and you might notice that I've put up some shiny new iPhone cases on Ye Olde Etsy-- those are available from my brand-spankin'-new society6 shop! You can take a gander at society6.com/auntjune or just click the thingy over on my sidebar to get there. There is a TON of really cool stuff on society6, so if you have some time to kill, I'd recommend wandering around to see all of the incredible artists and designers who are peddling their wares. And right now, they're having running a free-shipping-artist-promotion-dingy, so click HERE for that goodness. Ugh, so now that I've photobombed you with etsy commercials (saaaaahhhhhhrrryyyyy...) I'mma finish with a bit of attempted organization. I'm a HUGE listmaker, but my books of lists are many, and I find it really difficult to keep them straight and prioritize them. So fabulous husband suggested making some sort of board to keep me focused, and allow me to jump around from one project to the next in a slightly more sensical way. So, armed with a bulletin board and some index cards, I created...
DUHN DUHN DUHHNNNNNNNNNNNN: 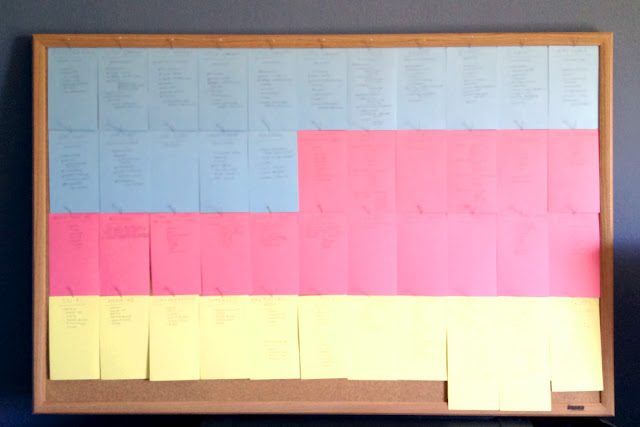 The Master Plan. Color coded, sequenced by importance: lists and sub-lists and sub-sub-lists. It's like my notebook exploded, and I love it. Now, will it function as I want it to? Jury is still out, friends. But isn't it lovely?

Oh, and, yeah, sorry about the blurring. I can't have everyone knowin' all my bid'ness, dude. There must be MYSTERIES. 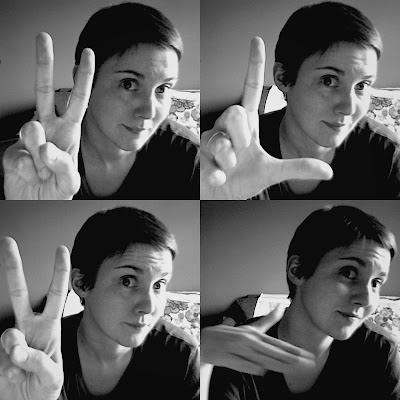 I have been wanting to tell you this FORHEVARRRRRR, but, well, it had to happen first. And then it had to be official, because, you know, counting chickens and whatnot. And reeeeeeally, nothing is really REAL until a UPS guy is hauling bolts of fabric up my deadly, deadly front steps, but... 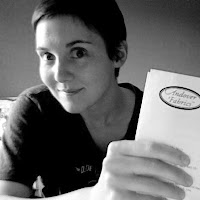 It looks like there will be selvedge with my name on it. Right next to Andover Fabrics.

How awesome is that? My answer is: pretty awesome. And not only because I will get to pet and cut and sew and fondle the fabric designs I've been working on for the past TWO YEARS, but because I finally know what to tell people when they ask me what I do. Up until now, I've always answered with Buhhhhhhhhh? followed by incoherent ramblings. It's a rare and beautiful thing for a person with an art degree. 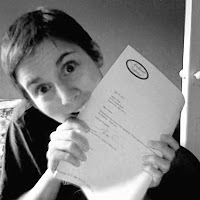 And, I am excited! I have so much more to write about this, but it will have to wait for other posts-- for not, there's just one more important detail to mention...
Because of all this awesomeness, and the nature of the whole licensing thing, there are definite changes in store for the Aunt June etsy shop... the biggest one being that I will no longer be selling fabric. What I have listed now is the inventory that I have on hand, and once that is gone, it is gone for the foreseeable future. And while the fabric will be gone, there are other little aunt-juney-nuggets creeping in, so kindly stay tuned for that, kay?
And now, back to your regularly scheduled silly-face-making. 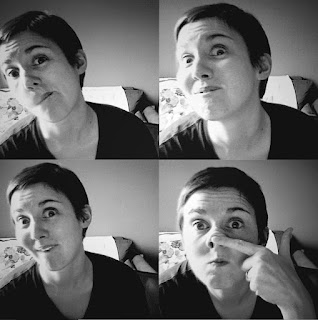