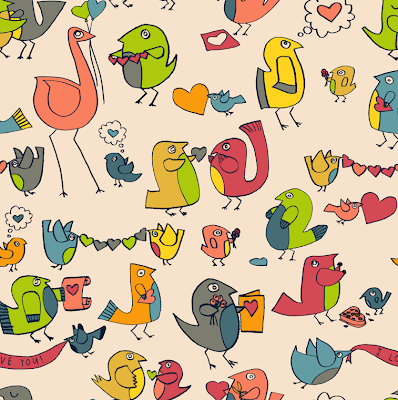 Why, it's more birdies! 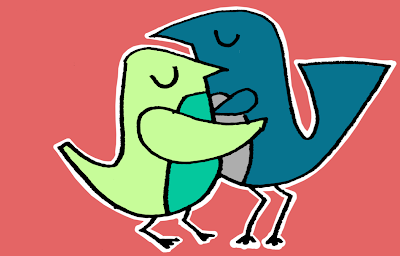 But these ones are IN LOVE! 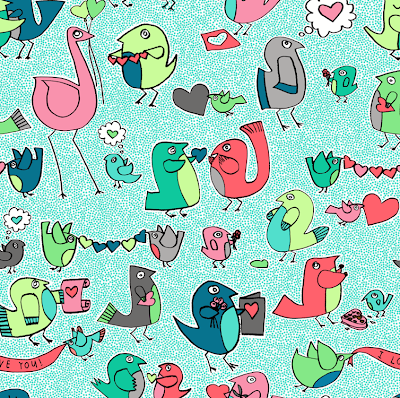 I will be uploading some pictures of things made with the actual fabric in the nearish future, but I wanted to go ahead and put it up because I lurve them so much. Those silly birdies, falling in love. 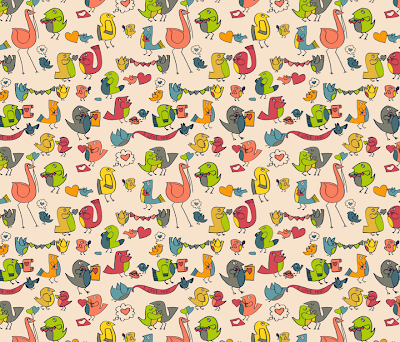 The fabric is available right here (http://www.spoonflower.com/profiles/laurenhunt) through the Spoonflower Marketplace. You'll notice if you go there that the pattern is on it's side- that's because I wanted the design to run from selvedge to selvedge, instead of running horizontally across the width. Does that make sense? Well, it does to me, and that's why I did it, so DEAL WITH IT! (Better Off Ted reference, anyone?) 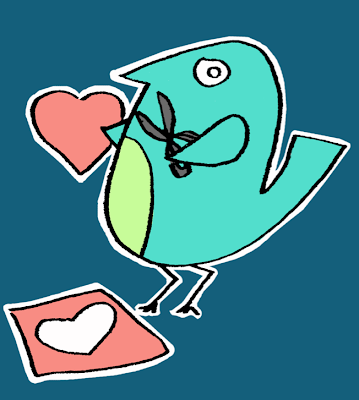 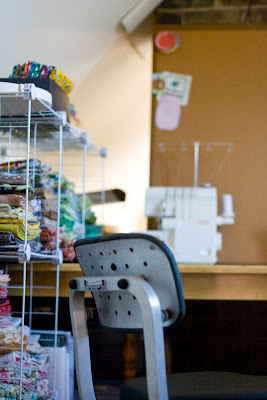 What can I say? I am a fail at the end of year wrap-up. I always plan on doing it, and then I get swept up in all the real life things that need to get done, and it just doesn't happen. 2009 was a good year for me, especially when compared to 2008, which was somewhat of a disaster. But 2009, you treated me well. I figured some things out, and I started to really think about What Comes Next, something I had, up to that point, avoided.
And 2010. So far, I have been unable to get quite get into the swing of the new year, which hopefully will end soon. I have things to do! Places to go! People to see! Or something. I'm not quite sure about all that yet. But enough of this drivel. I DO have things to cover! I have about 5 blog posts that will be crammed into this monster post, because I am tired of them sitting in my head, unused and giving me guilty stares! Begin!
First things first, I have to thank the people who made the Overdue Book Calendar such a success. I had no idea how it would be received, and it was one of those ideas that I knew I thought was great, but had no idea if anyone else would. (I have a lot of those ideas, and for the most part, it's just me who thinks their great. Tragic.) The internet is magic, though, and it turns out other people liked it too. I am deeply indebted to the blogs it was featured on, am so, so grateful to all of them. Clearly, we should all read them because they have such FABULOUS taste!
Thankee to:
Design*Sponge
Coming Home To Roost
Bailey, Meister & Co.
Like Fire
designer blog.it (Italian!)
compradiccion.com (Spanish!)
supafine (Who is made of magic!)
Crazy Loves Company
Mystery Fanfare
Shelftalker (At Publisher's Weekly!)
Bookmark
studiothis&that blog
and of course, the love of my life,
books i done read.

Thank you to anyone else I forgot to mention or didn't see, and everyone who tweeted about the calendar, I am FOREVER in your debt! I am still pretty jazzed to think that people tweeted about me, and they weren't making fun of my hair. (Which I sometimes worry about, I have kinda dumb hair.)

The calendar is now also available at Crafthope for Haiti's etsy site, which is run by a group of just Seriously Amazing People who are working their behinds out to help support Doctors Without Borders' relief efforts in Haiti. So, if you were still thinking about snatching one up, grab it from their site. They have some really great stuff donated by some really fabulous crafters, so check it out.
Secondly, I have been meaning to post about my first craft fair experience FOREVER, and have been generally too lazy to do it. When I committed myself to the show, I was totally unsure about what I was going to do, how it would work, and whether anyone would even be interested in my stuff. I tried not to think of the last one, and threw myself into McGuyvering myself up a semi-respectable booth. 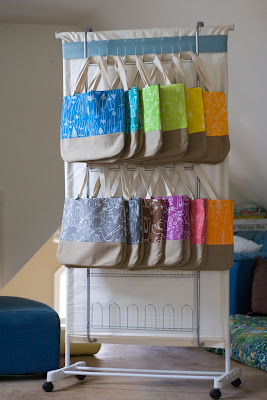 Part of my love for crafting, and for making in general, is in problem solving. I LOVE thinking of how something can be made, (as cheaply as possible, of course,) from random stuff. One of the best lessons I learned during my internship was that many expensive pieces of equipment can be duplicated for almost nothing, and work just as well, if you are willing to forgo the slickness of commercially produced stuff. 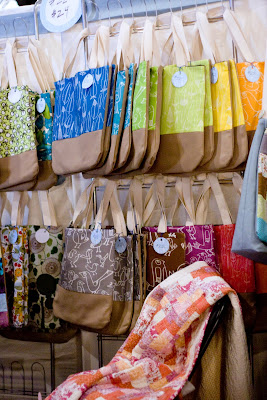 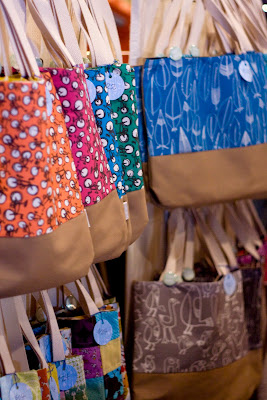 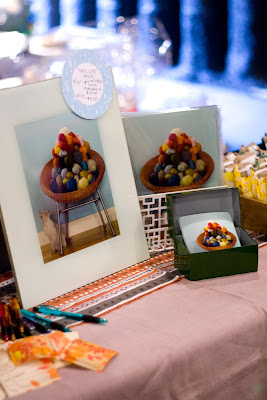 Anyway, I'm babbling, but I think I put together a pretty reasonable display for very little moneys. The night before, I was terrified that everyone would laugh at my little booth, but it ended up looking fairly respectable, and it turns out the crafting crowd is a lot more supportive than the teenagers in "Carrie". (They're all going to laugh at you! They're all going to laugh at you!") (Sorry if I have insulted you by explaining the reference.)
Anyway, I was REALLY pleased with the turnout at the event, and I thought my stuff was received pretty well. The show was held in an actual fancy movie theatre, so it was rather dark (hence awful flash photos,) but the setup I had to work with was quite nice. I sold a few bags, but mostly I sold these: 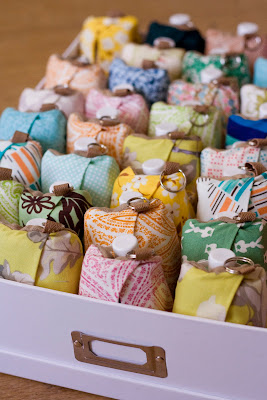 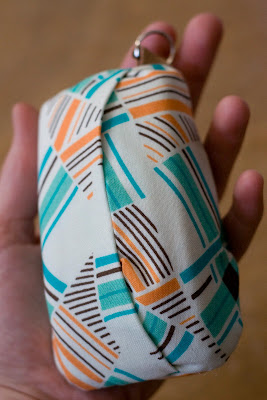 This was the project I thought up a week before the show, and made like 50 of them on a whim. They have Kleenex in one side and Purell in the other and they sold like hotcakes! (I'm not sure hotcakes exist anymore, but they sold well, is what I'ma saying.) My nephew says I should call them, "The Germ Exterminators". I think I will hire him to make a commercial for them, and it will be AMAZING.
So it was a great experience, and I have done another small one since then, and have plans to participate in a few more in February. The hardest part of these for me is trying not to be INSANELY awkward when talking to people. Because, internetten friends, you have probably never spoken to me in person, and so you do not know exactly how ungood I am at basic human functions, such as talking. I say things that even I don't understand, and get flustered, and then I laugh, but no one else does. The new plan is to smile a lot and do Vanna-White-like gestures in lieu of speaking. It could work, right? 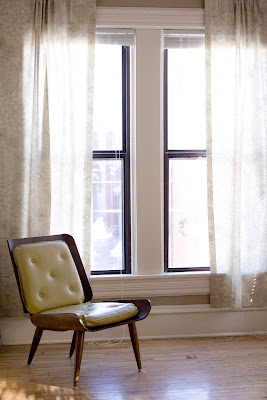 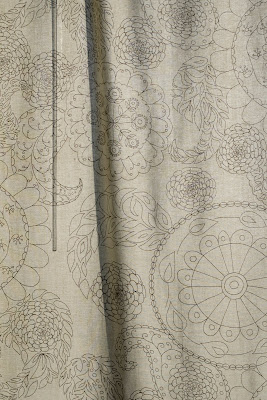 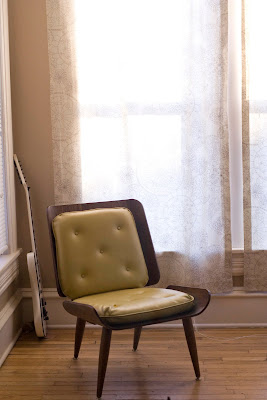 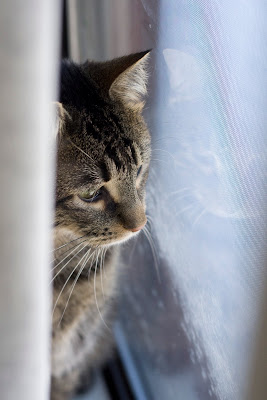 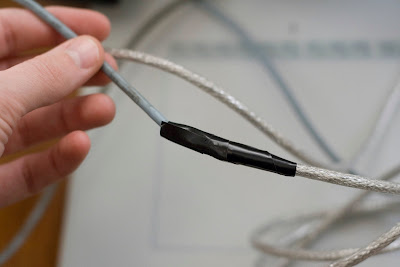 Also exciting, I inherited a used Wacom tablet with a broken usb plug in, and I fixed it, because I am clearly an electrical genius! Or, well, maybe it was not so much genius, because, after all, the wires were color coded. But I matched them! And now I get to use this fabulous new toy, with which I drew THIS CARROT! 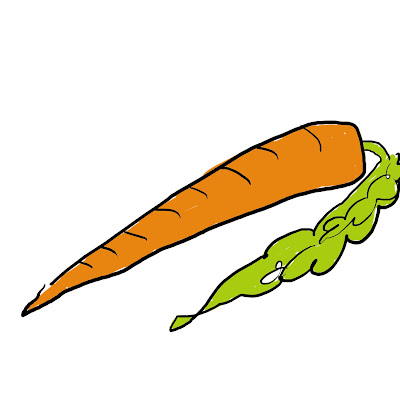 Lastly, I am extremely excited because this weekend is the organizational meeting for the shiny new Kansas City Modern Quilt Guild, which is being put together by three fabulous ladies, Jacquie, Shea, and Tula. Come on. How can it NOT be awesome? So if you are in the KC general area, I hope to see you this Saturday! Information, IN YOUR FACE!

I have a huge post coming up, so huge that I am MAKING A DRAFT of it, instead of just spitting out random words onto the blogger screen. But, it is slow going, I am dragging this year, and I need to Post something, or the giant post that has tons of stuff in it will just keep GROWING. So, while there are so many things I need to say, including a million bazillion thank you's to everyone on the internet, and especially you, I am just going to post pictures of my cat and dog. Because, they are like cookies that are SO GOOD that you just keep eating them but then you feel sick, but then you see them later and eat them again, and eventually you just have to give them away, because their goodness is destroying you. Well, the cute animal pictures are not quite destroying me, but I do feel the need to force them on others. Just wait until I make babies, people. And, seriously, why does my local news dedicate 2 minutes to American Idol every night? America. Whatever. (JK, I love America, BFFs!)
Prepare for cuteness, NOW! 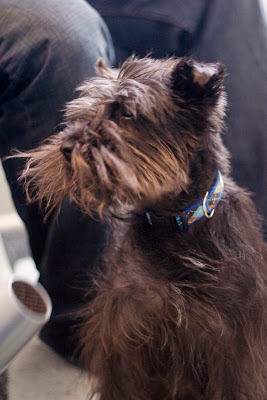 Rufus LOVES the hair dryer. Like, runs when he hears it turn on, and sits by you until you point it at him. Loves it. 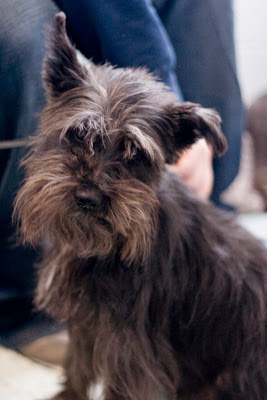 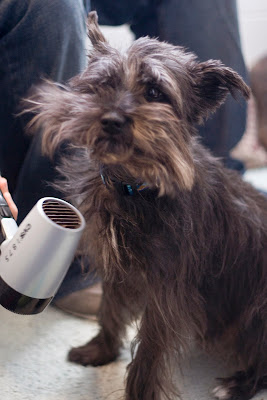 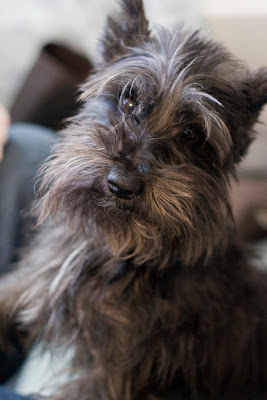 Baxter, obviously, does not care for the hair dryer or the amount of attention the dog is getting. This is his "just abut to bite someone" face. You can see he means it. 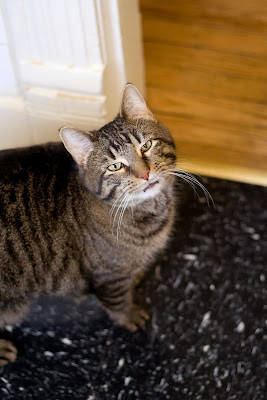 But, wait, what? Did someone just put a fitted sheet on? Because that is Baxter business. 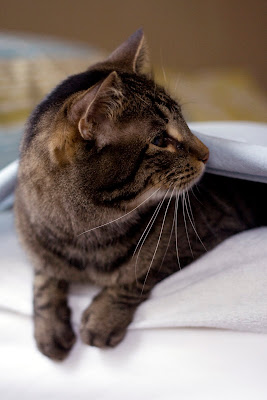 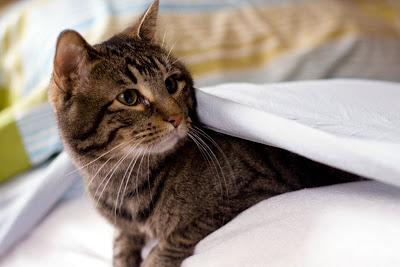 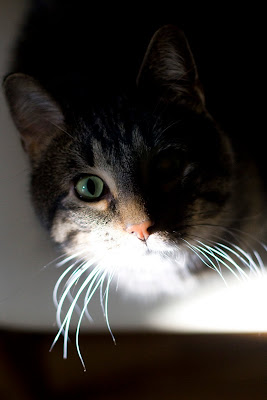