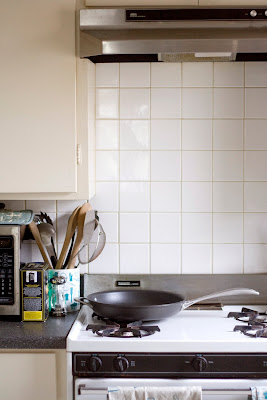 There were potential new tenants in our apartment today. People I do not know, who I cannot ask to excuse the mess, along with my landlord. Do I need to say what I have been doing nonstop for the past two days? A massive cleaning effort, that for the most part is only a "pre-clean" for the one we will have to do after our stuff has been moved out. It was crazy, and we are tired, but it is nice to see a lot of stuff packed up, and GREAT to see a lot of things cleaned. Did I mention that my husband cleaned the bathroom? Meticulously? Did I mention that I have the greatest husband ever? In the history of the world? All of the above is true, my friends. 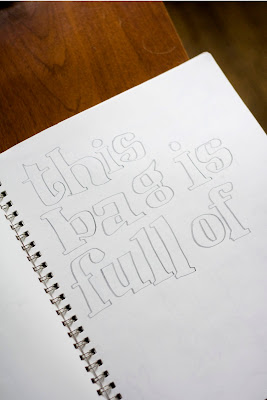 Also, I am taking part in r0ssie's Process Pledge, here it be:

I, Lauren Hunt, pledge to talk more about my processes, even when I can’t quite put them in the in words or be sure I’m being totally clear. I’m going to put my thinking and my gut feelings out there.
So, there it is. Hopefully this will help me to start work on all of the sketches I have yet to turn into quilts? I hope so. I am also participating in r0ssie's Mid Century Modern bee, more on that later as it develops. 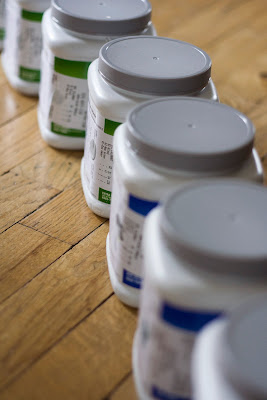 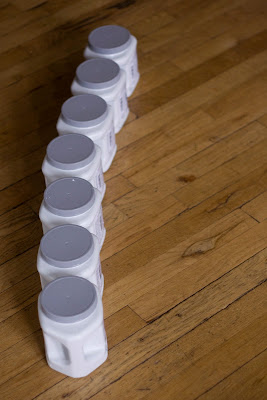 A few REALLY EXCITING THINGS are happening, and number one is that today I went and picked up paint test-pots! AHHHHH! Right now four of them look pretty much identical to me, but I am hoping that will change once I get them up on the wall. And by the wall, I mean, "the paper I am painting them on and taping to the apartment walls". Because we close next Wednesday, and would like to paint some on Wednesday and Thursday before we move in on Friday. Not ideal, but it is the way cookies are crumbling, and we can probably get a fairly decent idea of what the colors look like? Worth a try.
Number two exciting thing is LOST! LOST LOST LOST LOST! Have I mentioned that I am a LOST dork? Because I am, people, I am. And less than a year ago, had you asked me if I watched it, I would have snidely said something along the lines of, That deserted island show? No, I don't really get the point. Well, I wouldn't have SAID that, because that's a pretty jerky thing to say, but I would have thought it. Because, from the outside, it really doesn't look like the show can go much of anywhere. People. Plane crash. Deserted island. Not really enough to be interesting, right? WROOONG. Dead wrong. There are a million people saying a million things about how brilliant it is, but what I love about it is that it is a fully formed fictional world in the way that most TV is just not. It is book-worthy fiction. It is a valid cultural text. They knew EXACTLY what it was they were making, and they CREATED it, they didn't just slap a bunch of wacky crap together at the last moment. My criteria for a really great fictional world is if it pops into my head while I am driving. This sounds stupid, but most of my best thought happens while I am driving, and if I find myself asking questions about the story during drive-time, I know it has sunk deep. Into my SOUL. Or maybe not soul, but pretty deep anyway. So, if you are someone who sees it as just another network melodrama, I encourage you to give it a chance and START FROM THE BEGINNING. You MUST start at the beginning, or you will get totally frustrated and hate it and I will cry. And also, be a little bit patient, it seems simpler in the beginning than it is, and ignore the Nikki and Paulo episode, because everyone knows that episode stunk.
Post summary: Wow, I forget. Cleaning, paint samples, process pledge, and most importantly, watch LOST, it will make you smarter?
Posted by Auntjune at 2:04 PM

Oh my word, I LOVE Lost!!! You are so right about it being book-worthy. And, yes, I love how it is obvious that they had it all planned out from the beginning (like the Adam and Eve couple!). I used to have this elaborate theory about what the heck was going on, but now I'm completely at a loss - but that's how I like it! (Oh, but I haven't seen the latest episode, yet.)

Whoa, I don't know if you are coming or going! LOL I luv the little line of paint samples. Definitely part of the process. I'm looking forward to seeing what colour works when I return to follow a fellow pledger.

Are you getting the paint from Sherwin William's? Because I have 10% or 20% off e-mail I can forward you.

We're (hopefully) repainting the outside of our house next weekend. It kind of makes me want to die.

Lost is the bestest.
2nd bestest: Fringe.
watch Fringe from the beginning this summer while your paint dries. : )

Sod LOST (good English expression, sod!) - when are you actually moving? Got a date yet? Will you tell us?

Meant to say good English expression when you want to be rude about something....

House moves are much more gripping to the onlooker/reader!

Sample paint pots are addictive . You might just end up with a Patchwork-effect wall !

Beautiful pictures! Wow! Can I say I love LOST too. I thought the story was brilliantly planned from beginning to end too! Hmm I think I need to try that process pledge too. My quilts don't show up on my blog by magic either.

And so congrats on the house!!