Oh, blog. I have neglected you. You have been INTIMIDATING me, because I know I have so much to TELL you. I am sorry, blog. Sometimes, just for a little bit, I imagine that I could be fancy. By "fancy", I mean "wearing clean clothes" and "having remembered to put on makeup" and "blogging on a weekly basis" and also "not the kind of person who leaves cherry pits on her nightstand for days and eventually finds herself making fruit-fly-traps at 2:00 am". That's all I mean by fancy. And, blog? I am not fancy. I will try to be okay with it, and not avoid you when I get overwhelmed by my unfancyness, and the fruit flies.

BUT. Moving on, to more important and (hopefully) interesting things: I am frequently amazed by how awesome people can be. People can be really, really awesome. It's super easy to forget.

(I think this is mostly because highways exist, and for the most part, driving on highways does NOTHING to convince me that humans have even the POTENTIAL for good. I am a hateful, vindictive person when I am driving on the highway, because I have been WRONGED and why won't this guy SPEED UP and HOW ARE YOU ONLY GOING 55??? I am roadrageous. But I digress.) 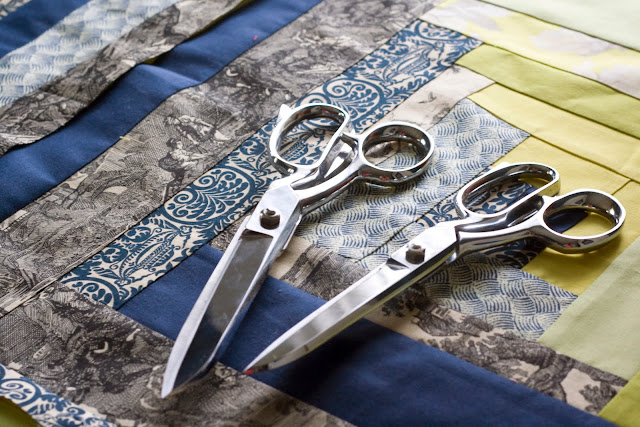 So, a MILLION YEARS AGO, I complained that I had lost my scissors. I am a champion complainer, usually to no effect. But then, lo and behold:

Yeah. So this delightful individual, whom I shall refer to as "K", because she is so awesome she only needs one letter, SENT ME SCISSORS. 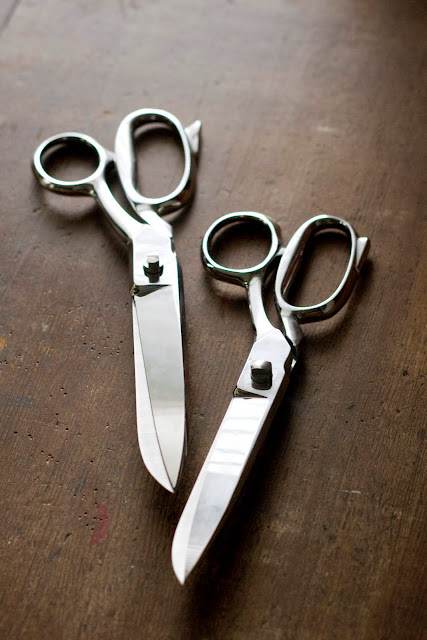 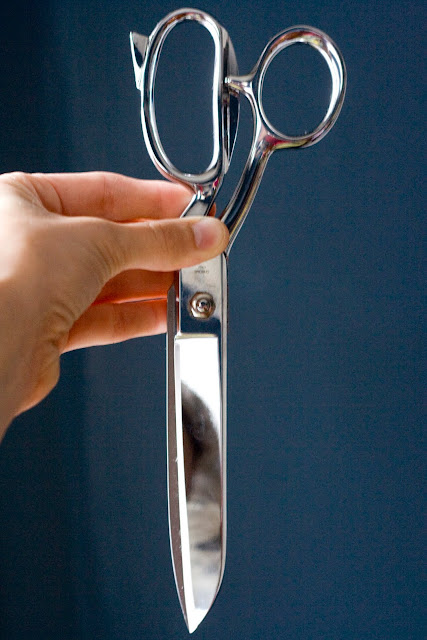 They are HUGE and FABULOUS, scissors the likes of which I have never seen before! They are "Tailor's Shears" instead of Dressmakers, and they cut like BUTTAH. Seriously, these are the best things in the world for making tote bags, and cutting through multiple layers of upholstery, something I happen to do all the time. And K just SENT them to me. Because she is a scissor philanthropist! (Note: Use of the word "philanthropy" is in jest. I assure you I am not a worthy cause.) Check K out at her blog, Totes McGoats, because she is awesome, and also the phrase "Totes McGoats" is awesome and she OWNS THE DOMAIN NAME.

(True uninteresting story: for a while I kept saying "totes mcgoats" in place of the word "totally", and I had NO IDEA why. I asked several friends if it was a thing they had said to me, and all of them denied it. So when I saw K's blog name, I laughed a lot, because, what? HA! T'was MEANT to BE!) THANK YOU, K! You are the Totesiest of McGoats.

So, that was Very Good Thing. Mildly Bad Thing? This: 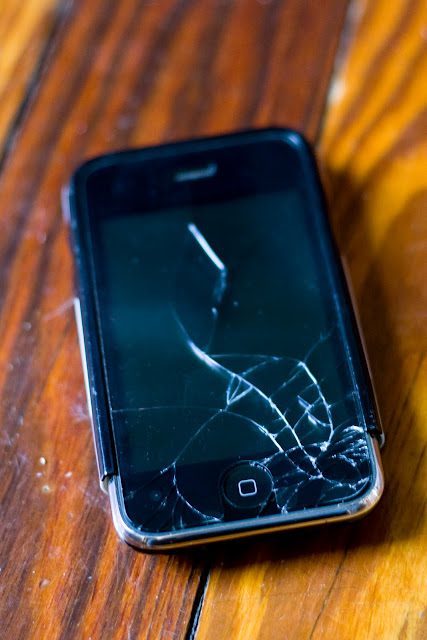 Long story short: I was going into a store to buy pie. (Reason for pie is a MUCH longer story than one post can handle. Maybe later.) My hand was sweaty, I dropped the phone on the sidewalk, hard. BROKEN! Made sad face. Went in to buy pie. Pie store not open. NO PIE! Sad face revisited. WORST EXPERIENCE INVOLVING PIE EVER! (For me.)

I was sad about this for about 15 minutes, at which point I realized that it was incredible that it hadn't happened sooner. I am a thing-dropper, and I have dropped this phone a LOT, but never on its face on the sidewalk. Lesson learned: If you lose the bottom part of your phone cover thing? Get a new one. Don't use half a case for over a year, because at some point, you will realize why it is necessary for the case to go ALL the way 'round. It's been about a month now, and I'm not planning on getting it replaced, because it still works fine. So.

I did went camping, and I did not die, and I enjoyed it. Except for when we thought we might have gotten salmonella poisoning. Photos of ludicrously large tent in the future.
Posted by Auntjune at 10:14 PM

i don't know why the totally awesome circles at the top and side of your blog don't count as "fancy"...
anyway.. thanks for the good read.

Love your posts no matter how often or how "fancy"!

How amazing is K with the scissors! There are many wonderful people in the world.

Your phone looks a little sad, but at least it still works :)

What have you been up to on the making things front?

Aunt June, you are too funny!

Were you trying to go to The Upper Crust? My mom and I went to Pryde's for the first time last week and luckily, it was on a Friday. We procured two small pies. Friend, these were the best pies of my life. I am sorry you missed out.

But! You and Henry and I should have a Friday or Saturday date at Pryde's for pie sometime! Also, the cookies look amazing.

There are places that do phone repairs, I understand that the front screen isn't too painful of a repair money wise (the lcd behind it on the other hand.... ask me how I know :( )
I do terribly want pie now, buttermilk pie, I even have buttermilk in my fridge right now waiting to become a pie...

How incredibly kind of K to send you those scissors plural.... But if I were you, I'd need to send her a coin. Any coin, although I always make it a silver one; I was brought up to exchange a coin for any gift that cuts. Even if it cuts like buttah. (Disregard at will; some superstitions don't have meaning to other people, I know!)

oh i relate on so many levels. Thanks for the chuckle.

loved your post! and awesome that your phone still works! super awesome!

i totally hear you about the fancy business. i am so not fancy, either, though i wish i could be. also, i believe blogging is about quality, not quantity, and so you are always one of my favorite bloggers in that regard! sorry about your phone and the pie, but thank you for the entertaining story about said phone and pie.

Every time I read your blog it brightens my day. Thank you for the brightness. I needed it.

I went over to Totes Mcgoats blog and was going to leave a comment, but Wordpress and I do not get along. Lucky you with such great sissors now! Don't lose them or drop them!

Such wonderful scissors! Some people are so kind.

I'd pay money to hear you tell camping stories. I love to camp and those experiences provide great material for storytellers such as yourself. Bring it on!

I love your blog.

I love your blog.

You are a funny, funny girl.

You need a 4S now! Big fan of your posts and your Instagram photos! Thanks for being wonderful, and not fancy!

PS - Totes McGoats is also a phrase used in the movie, "I love you, man" with Jason Segel, and I think you would enjoy it!