Thanks for entering, internets! The winners, randomly chosen by another section of the internets, are Raych and Sarah and Sarah! Sarah squared, I guess? H'Anyways, congrats, I shall email y'alls shortly.

So, we have a friend named James. This is him with Baxter and Rufus, who are fighting for his attention; small animals flock to him, enchanted by his pied-piper-pipings. Or... something like that. 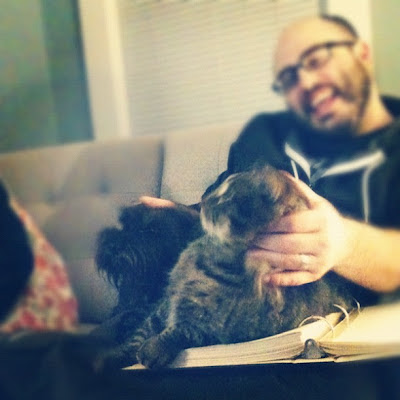 James and his lovely wife, Estrella, have a cat named Henry. He is small and gray and adorable, and they are quite fond of him. This is the back of Henry's head (photo stolen from J's instagram): 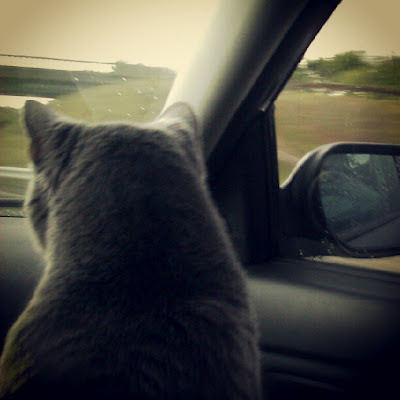 At some point the four of us.(James and Estrella and Brian and I), were discussing how much we love our cats. I said that only the manliest men were willing to openly talk about how much they loved kitties, and James responded, "I LOVE my freaking cat!"
I think I said I was going to make a t-shirt out of that quote, or maybe I just thought it. Either way, I done did it.

Because, I love my freaking cat.